A hundred and two years ago Rupert Brooke wrote of Grantchester:

Say, is there Beauty yet to find?
And Certainty? and Quiet kind?
Deep meadows yet, for to forget
The lies, and truths, and pain?… oh! yet
Stands the Church clock at ten to three?
And is there honey still for tea?

Unexpectedly, things were soon to change and a year after the start of the First World War, Brooks died on his way to fight at Gallipoli.

Now, honey is off the tea-time menu at most cafes, and soon it may be very hard to find on any table due to emerging Honeybee pathogens. Even worse, there is evidence this week that these are also infecting another important pollinator, the wild Bumblebee. Crop pollination could suffer if these diseases are not controlled.

The Honeybee, Apis mellifera, is the main managed crop pollinator in Europe

and the Bumblebee Bombax spp is the major wild pollinator.

For some years, Apis has suffered from two emerging exotic pathogens, a virus spread by mites and a parasitic fungus. They can only be controlled by active management. Meanwhile, Bombax is in global decline, maybe due to the same pathogens from Apis of commercial colonies of Bombax.

– a honeybee with deformed wings, caused by 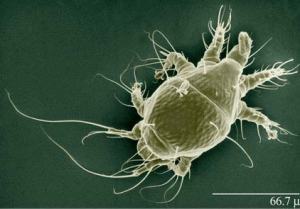 Now, MA Furst et al (Nature 506, 364-6, 20th February 2014) have monitored the spread of two infectious diseases, both experimentally and by plotting their occurrence. The deformed wing virus and an exotic parasitic fungus Nosema ceranae attack both Apis and Bombax. The new work shows that control of both pathogens must be increased in managed populations to maintain numbers of wild Bombax.

Other pollination mechanisms are in similar difficulties and involve many different crop types, pathogens and their vectors.