A show that runs until February is at Mexico City’s Palace of Fine Arts. “Mexican Red, the Cochineal in Art,” traces use of this pigment from the highlands of pre-Hispanic Mesoamerica to Europe.

There, it became increasingly associated with the projection of power in the 17th and 18th centuries. Cochineal fell into decline in the 19th century, as synthetic dyes were introduced, but was sought out later by the Impressionists. 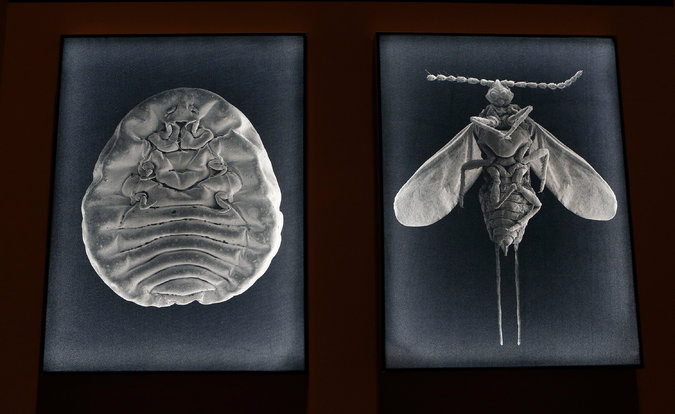 The cochineal is a Mexican insect that is the source of the dye. This specimen is on display at the exhibition.  (Credit Marco Ugarte/Associated Press)

The cochineal insect feeds on the prickly pear cactus and was cultivated domestically in Mexico and Peru in pre-Hispanic times. The female can be dried and crushed to extract the red carminic acid. Additives of different acidity produce shades that range from light pink to a deep purple.  (New York Times, November 28th)