The Big Bang Data exhibition opened at Somerset House in London on December 2. This is 130 years after Francis Galton began collecting data of human features for his new statistical analysis. Then the biggest difficulty was to get enough of it. Now, with digital technology, there is too much to handle.

The exhibition shows how designers and other artists can find patterns where none was known. 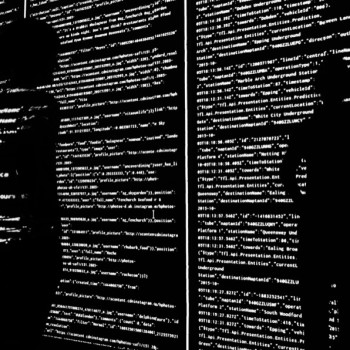 The image below represents the sex life of its author and his wife during the year 2010. The couple typified their usual sexual practices and noted on a calendar the days that they had sexual relations and of what type, according to their own classification. To make a formal representation of it, a black line was drawn for each day of the year, and each of the 365 lines was divided into 7 thinner lines, representing each of the practices through the use of a different colour.

The show highlights the data explosion that’s radically transforming our lives. It opens on December 3, 2015 and runs until February 28, 2016 at Somerset House. (Photo by Peter Macdiarmid/Getty Images for Somerset House)