Two hundred years ago this week British troops torched and looted the US White House in one of the final episodes of the War of 1812. 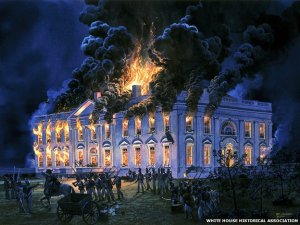 British troops collected souvenirs from their fire, including portraits of the monarch King George III and Queen Charlotte, which they took to the safety of Bermuda. 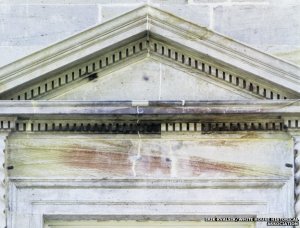 Strangely, the Americans have no interest in reclaiming the pictures. But the White House still shows scars from the fire, due to the reluctance to redecorate one of the doorways.