One of the victims of the Battle at Flanders made a will that used the poppy flower to symbolise: 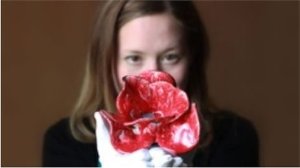 “The blood-swept lands and seas of red

Where angels fear to tread”.

A century later, 888,246 ceramic poppies will be planted in the moat at the Tower of London. That is one poppy for every British and Colonial death.

It is the idea of artist Paul Cummins who designed the memorial.