In 1864 the French author Jules Verne published Journey to the Centre of the Earth in which he postulated a great ocean in Earth’s interior.

Many versions of the fantasy were drawn by Edouard Riou. 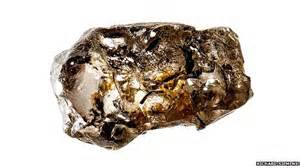 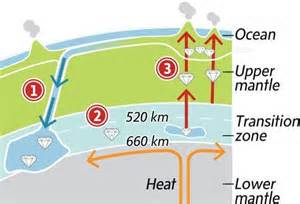 The diamond contains small inclusions of a mineral called ringwoodite (the black spots on this picture). It is a kind of olivine (Mg2SiO4) which forms most of Earth’s mantle. The charge in Mg++ is balanced by the attachment of protons (H+) to oxygen atoms, so containing the constituents of water molecules. It means there is more of this water in the mantle than that in the oceans. 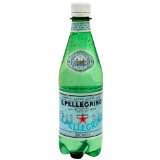 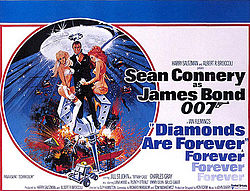 More spectacularly, diamonds are usually formed in the high temperatures and pressures of the mantle, and brought to the Earth’s surface by extremely explosive volcanic eruptions.