One of the biggest living birds is the albatross with a wingspan up to 3.5m, living for up to 60 years, and able to fly 25,000kms in 46 days. The latest edition of Journal of Experimental Biology has an article by G Sachs and J Traugott of Munich with evidence that they fly such vast distances by adopting unusual cycles of flight. 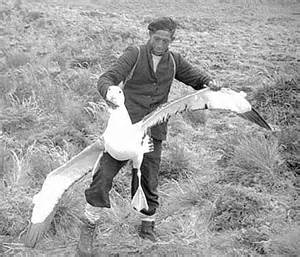 Instead of flapping their wings the birds  generate lift by turning into the wind and accelerating to a good height. Then they turn so the wind is behind them and they slowly glide downwards. The cycle is then repeated. 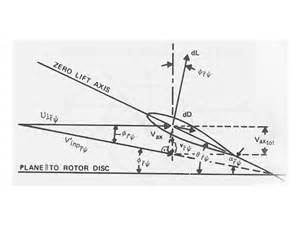 GPS tracker devices were fitted to 20 birds at the Kerguelen Island in the south Indian Ocean. Results confirmed they fly like a fixed-wing aircraft, lifting because air travels quickest over the top of the wing, away from friction with any surface.
Samuel Taylor Coleridge’s Rime of the Ancient Mariner said very little about the physics of flight and much about the superstitions and fears of human travel at sea.

On their long voyage of the south seas, one of the sailors killed an albatross that brought bad luck, first through becoming becalmed:
Day after day, day after day,
We stuck, nor breath nor motion;
As idle as a painted ship
Upon a painted ocean.

and then through the torment of thirst.

Water, water, every where,

And all the boards did shrink;

Water, water, every where,

Nor any drop to drink.

In anger, the crew forced the Mariner to wear the dead albatross round his neck, to illustrate the burden he must suffer from killing it, or as a sign of regret:

Had I from old and young!

Instead of the cross, the albatross

About my neck was hung.